How to Be a Better Ally for Roma People – Part II

What’s in an Ally? Engaged Philanthropy and Compassionate Partnership

A Conversation with Cristiana Grigore at the Roma Peoples Project, Columbia University. Read the first part of this series on racism against Roma people here

To further my understanding of what being an ally for the cause of the Roma people entails, I decided to interview Cristiana Grigore, Founder and Director of the Roma Peoples Project at Columbia University. I was excited when she accepted my invitation to chat. During the first year of this pandemic, we had bonded over the fact that we both mother toddler boys. Not only are we both Romanian women in the US, but our boys are named after some of the most impactful European writers. We sit together on Zoom, each a room away from our sleeping children, ready to prance and chase away any nightmare that might trouble their peaceful rest. I begin with this image of a woman whose attention and focus are always split between her passions: here, on the one hand, a profoundly life-altering cause of creating space and visibility for a community so muted in mainstream history; and on the other hand, an exhilarating yet formidable project of raising a good human.

I want to learn more about the Roma Peoples Project, so I ask about its launch. Cristiana tells me that the project was founded approximately 4 years ago and officially launched in November 2017 during an academic conference. Although the Roma Peoples Project is housed in the Center for Justice at Columbia University, it really functions as a center of its own, espousing a novel approach to spotlighting  “new narratives for a global Roma people.” This approach necessarily entails, Cristiana explains, cooperation and collaboration between Roma and non-Roma individuals, as it celebrates the diversity, resilience, and strength of the Roma, and opens up spaces for the Roma to reclaim, publicly acknowledge, and feel confident in their Roma identities. The project seeks to create greater visibility for Roma both in academia and in society by cultivating empowering narratives of and for the Roma people. Along with the emphasis on cooperation and empowerment comes the investment of the Roma Peoples Project in allyship.

That the Roma have been the target of genocide, systemic racism, and ostracization is becoming more of a known reality, at least in human rights circles. However, what is perhaps less visible to the mainstream non-Roma public is that, because of these terrible and recurring episodes in Roma history, many Roma individuals may suffer from long term consequences of discrimination and systemic exclusion, transgenerational trauma and other subtle forms of harms that can be triggered or (re)traumatized by unpredictable circumstances. Therefore, for protection and safety some Roma cannot or intentionally do not utilize their Roma identity as part of the ways in which they identify themselves or are identified by others.

As she explains to me this phenomenon of invisibility, Cristiana, a former “invisible Roma” herself, suggests that, although an ally might find a Roma person’s choice not to declare their Roma identity hard to grasp, the ally must be aware of the difficult choices that come along with it. “Some invisible Roma experience their Roma identity in secrecy,” Cristiana says, “to the extent where they manage to obscure their Roma identity even from their spouses. It’s a deeply personal choice because they are in the process of making sense of their own story, undertaking a journey of sorts. Often, this journey is full of pain.”

Cristiana believes in the need for a type of scholarship and activism that is inclusive and creative, where the focus can be constantly geared towards the human connection and, as much as possible, non-hierarchical work relations. She calls herself an educational entrepreneur who guides the Roma and non-Roma communities towards listening to one another, readjusting their positions, and supporting the Roma cause in creative ways. While financial access for Roma initiatives, especially led by Roma themselves in mainstream spaces, is still not prioritized enough, Cristiana believes that support for the Roma cause should necessarily be diverse, as it can come in the shape of mentorship and volunteer work of all sorts, necessary to run an organization. By entering non-transactional collaborations with Roma initiatives, non-Roma can contribute meaningfully to changing polarizing discourses around culture and identity and instituting equality for the Roma. In other words, a Roma ally would be generous for the Roma cause itself, without expecting an immediate benefit for themselves.

On the topic of philanthropy specifically, Cristiana underscores that relationships with donors can be very complex. As she is expressing gratitude for the administrative support she receives from Columbia University and a few grants and a dozen of annual personal donations, Cristiana explains her appreciation of what she calls “a MacArthur approach” to philanthropy. In philanthropy, she says, grantors typically need some kind of assurance that their donations are well utilized. Many grantors require periodic reports on the development of activities, uses of funds, and next step plans. The MacArthur Foundation, however, evaluates their grant recipients in order to learn “about the landscape in which grantees are working; about the needs of the people in our grantees’ communities; about how we can be a better funder, partner, and supporter of grantees’ work; and about the impact of our grantees’ contributions.”

Chantell Johnson, Managing Director of Evaluation at the MacArthur Foundation further elucidates, “We care deeply about grantee’s success and closely follow and support their work as it unfolds through grantee reports, phone calls, and sometimes site visits. However, we do not place individual grantees or grants at the center of our evaluative activities. That is, when we are evaluating our programs, we do not evaluate the work of an individual grantee or grant. We trust they are doing what they said they will do, that they can do it well, and that it will yield results.” Pondering this, Cristiana maintains that a relationship based on trust between donor and recipient constitutes the catalyst of genuine growth. And that kind of support—unconditional and based on trust—has allowed the Roma Peoples Project to offer a multitude of events and activities, share stories of successful and inspiring Roma people, and function like an equipped center despite the minimal resources.

The role of small dollar donors

One final thing Cristiana tells me highlights a problem that I myself have struggled with as a modest donor. Some donors or potential donors feel defeated by knowing that their support, however generous, cannot possibly fill in all the gaps needed to be addressed in order to undo centuries of systemic injustice. I have often felt that my meager $20 may not even suffice even to defray the cost of postage. But Cristiana emphasizes that no donation is too small, and she is particularly moved by those who are not philanthropists, but engaged citizens who care about living in a just world and who decide to contribute, in whatever modest way they can.

While this gap is still visible—between the generous but limited support from individuals and the systemic support necessary to address so many of the unmet needs of the Roma cause—what a Roma ally can do is to support in whatever concrete ways possible, be honest about their limitations, and be realistic that the process of bringing such a neglected topic to mainstream visibility will be uncomfortable for everyone: perhaps for them, but even more so for the Roma themselves who do this type of work on a daily basis.

What we can all do better

Cristiana offers me a few other tips as we recap our conversation. They are listed below:

As I turn off my laptop reveling in the silence that reigns over my home, I think “this is it,” these hours I got to spend with Cristiana, the things I learned, the things I have yet to learn. And while I dread the many mistakes I will probably still make, my heart is full as I quietly whisper my son’s favorite Raffi lyrics, however mawkishly sentimental they may sound, “the more we get together, the happier we’ll be,” and the more we can support a cause so mistreated, neglected, excluded in finding its way to light, justice, dignity, as difficult and full of error and trial that process might be.

This article was written in collaboration with: 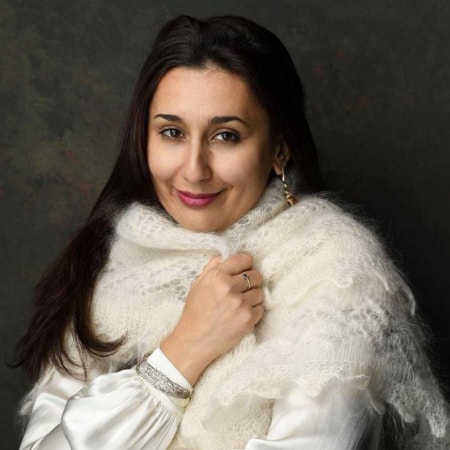 Cristiana Grigore is a writer, research scholar, and the founder of the Roma Peoples Project at Columbia University.