The Delusions of March: A Multicultural Attempt at Forgetting about the Pandemic

March begins with the celebration of Marţisor on the 1st of the month, a day during which Romanians observe the beginning of spring. While the Romanian traditional society welcomed March as the start of a new agricultural season by celebrating the possibility of germination, birth, and renewal, modern communities in Romania, no longer dependent on agriculture for survival, observe this holiday for its symbolic connotations. This is the beginning of nicer weather, new romances, and strolls in the downtown. This year, the symbolism of Marţisor necessarily captures the relief at having survived a pandemic and a renewed hope that restrictions will soon loosen, and the disease will stop claiming lives. 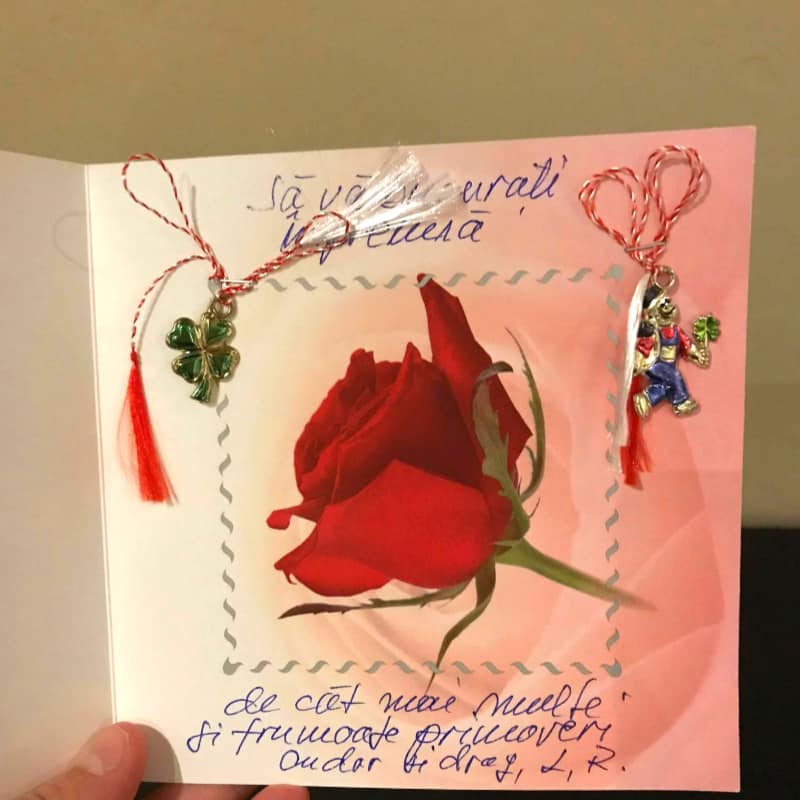 About a week and a half later, we receive in the mail a letter from Romania. I recognize immediately my mother’s handwriting, and when I open the envelope, I am delighted to find the now highly expected Marţisor amulet that my parents have been sending me judiciously every March since I arrived in the US about two decades ago. However, instead of one, there are two amulets. The second one is meant to signify the beginning of the tradition for my son, now a year and a half old. My husband’s face lights up as it does every year with excitement when he attempts to pronounce the word Martzeeshor, forcing his mouth out of his own immigrant accent to conquer the Romanian affricate consonant.

On March 19, still drunk on the beautiful possibilities Marţisor allows us to imagine, we celebrate some more as we observe Nowruz, the spring equinox signifying the New Year according to the Persian solar calendar. Bearing a similar significance with Marţisor, our haft sin or the altar displaying 7 symbolic elements whose names begin with the Persian letter s, reminds us again of the promises of March. We build the haft sin with garlic, apples, sprouts, wine, coins, a table clock, a spice called sumac, and then we also add a mirror, a pot of hyacinths, a candle, decorated eggs, and a book of poetry by Rumi, whose ghazal verses are believed to be prophetic. All of these elements are symbols of renewal, juvenescence, and new wealth, just like the elements of a Marţisor amulet: the red and white ribbon connote renewal, growth, and sunshine while the amulet itself, a periapt indeed, takes the shape of ladybugs, flowers, chimney sweeps, four-leaf clovers, or Easter animals. 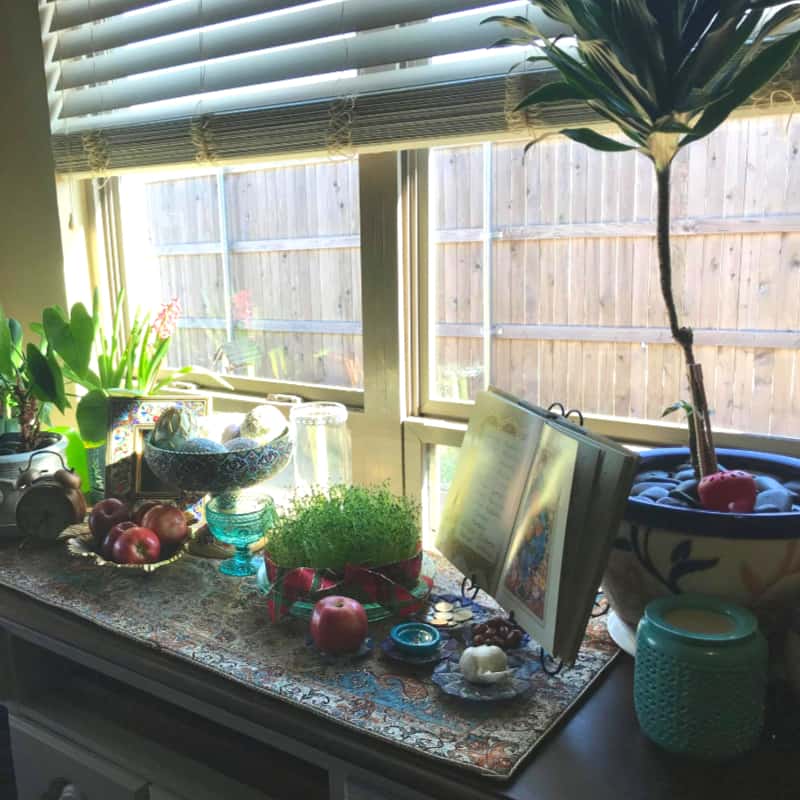 It is a delight to watch my son trying to touch the epoxy fish in our haft sin or struggling to pronounce the word “apple” in the most charming way possible. It is a delight to be able to celebrate renewal, jumping over the fire my husband builds in the yard for Charshanbe soori on the eve of Nowruz, chanting in Persian, “fire, fire, take away my yellow color and give me your healthy blush.” All the while, we are reminded that the pandemic is still ravaging the world, that half of our parents have no prospects of receiving the vaccine, and that their chances of meeting their grandson for the first time are bleak.

It All Starts With A Dream About The Future

Perhaps our desire for a wind of change for the better cannot materialize yet. Perhaps the promises of March with its Marţisor and Nowruz are not meant to actualize quite yet. But I cannot stop questioning these holidays’ delusions all the while baking drob de miel, cucusabzi, and sweets.